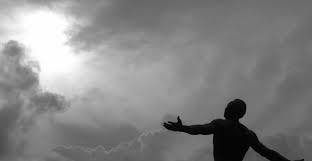 Badass virtues represent those virtues we as men need to embrace, forge into our lives, honor, and replicate in younger men as well as sharpen each other with. These are the virtues that require the crucible for refining the dross, purifying strength, courage, confidence, resilience, and depth of character. This is what makes them bad ass because they will break us and reshape us on the anvil. They will never be easy to conquer but conquer we must. We must awaken these lost masculine virtues in each one of us and become them allowing them to define us. They give definition to our masculinity a frame, a reference, a routine, a map of true manhood north unleashing our masculine power.

Saying no to yourself and yes to others smacks against selfishness. And everyone is naturally selfish, we want our own way and often throw an adult tantrum when we don’t get what we want or think we deserve. Self-sacrifice will always have a price, a point of pain because it is self-denial. It is choosing to think and put the interests of others, a cause, or an ideal ahead of your own interests, desires or wants, influencing a greater good. Self-sacrifice builds self-control which helps us to make decisions not based on feelings, but to push through not giving into these temporary emotions to reach a better decision. Men who demonstrate this BAD ASS VIRTUE, build self-control and selflessness.