Have you been invited to the masquerade? Instilling honesty in veiled organizations 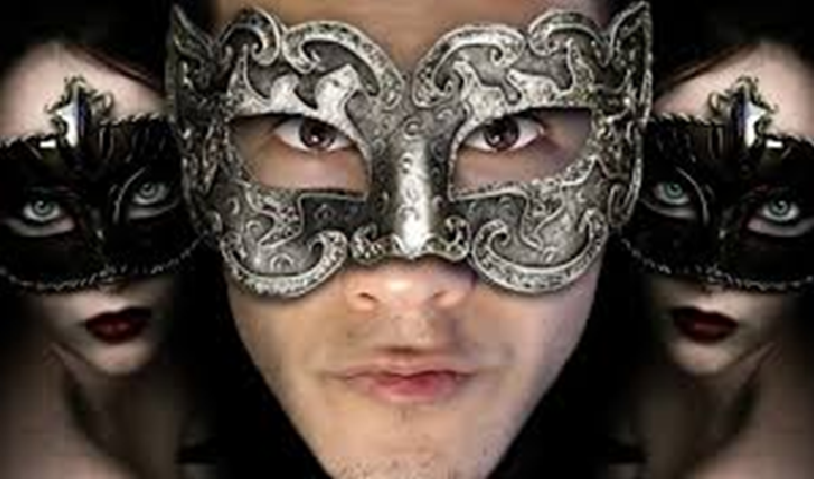 Have you been invited to the masquerade? Instilling honesty in veiled organizations

“And, after all, what is a lie? Tis, but the truth in masquerade.” – Lord Byron

If you have ever been lied to, you know the devastating feeling. The sick-to-your-stomach, punch-the-closest-wall, paralyzed-and-can’t-even-begin-to-think feeling. You trusted someone, you trusted what they said. You may have even defended the person or the lie they sold you.

These feelings are just one part of the destruction that lying and secret-keeping inevitably leave in their wake. Relationships are severed, organizations slide into chaos, situations are publicly broadcast – destruction reigns. The magnitude of it may vary, but destruction always follows deception.

The chapter told me they had it covered: “Don’t worry, the event will not cross the line into hazing, it’s just a funny, bonding brotherhood event.” I trusted that they were being honest with me. At the time, I couldn’t fathom these men looking me in the eyes and lying to me.

Nine years earlier, secrets ran amok, and I called for a chapter review. Though it reduced membership to 18, the chapter review orchestrated a cultural change that resulted in eliminating unacceptable behavior and rewarded acceptable behaviors that aligned with our values and mission. This effort was affirmed year after year as the chapter begins to make drastic improvements.

Fast forward nine years – things couldn’t have been better! They just won the best fraternity on campus; members had achieved academic success, won intramurals, and had a track record of outstanding civic service and philanthropic engagement. The chapter had been awarded as a top-five chapter nationally, with countless individual awards.

Yet underneath the accolades secrets ruled, lies were justified, deception only perpetuated the persona of honesty and greatness.

The specific hazing event was a relic from the past that had been in place for decades, unbeknownst to me (nothing new, right?). As I found out later, this event had ranged from “just fine” to “on edge” to “completely out of control” in the past. What the brothers had failed to recognize is that hazing has a life of its own. Some people believe they can control hazing – perhaps how it’s done or the degree to which people will be hazed – or how those being hazed will react both physically and mentally. Therein lies the issue. We rarely have control over any of those things. Hazing’s magnitude may appear to be controlled, but the past few years in fraternity and sorority have shown us there are always exceptions to the destruction we think we have managed to control.

The year in question, the brotherhood event went from a funny bonding activity to a crude, rude, disrespectful, shocking violation of values, boundaries and human decency. Immediately following this, the deception and secrecy began. A cover-up was used to deny or defend the embarrassing actions or errors made by members. Because the persona created had to be kept up; the illusion of success had to remain intact.

Lies never fix things, they never make things right, it is just a matter of time before the lie is exposed and the implosion occurs.

Once the event was exposed – and the gravity of what the consequences might be – I had men falling apart emotionally, as they dealt with guilt, shame, and fear. Relationships, though damaged, are what kept the chapter together. The house corporation board president and I engaged student leadership to talk through the situation (honestly this time) and create an action plan to move us forward. The long and short of it: removing certain members, implementing programming, and taking time to acknowledge, apologize for, and learn from what they had done wrong. Members stepped up to claim ownership and responsibility while solidifying their commitment to accountability. They were a chapter of leaders and this proved it. They were returning to our values, our mission, our brotherhood.

Though every fraternity/sorority has its own founding story, they all generally share one thing in common: they were started as secret societies. Secrets are not unique to fraternities and sororities; lying is not isolated to our members. In fact,

We lie to make ourselves more likable, seem more competent, to avoid criticism or loss, to avoid causing someone else discomfort or sorrow… the reasons are endless. Why do we lie in fraternity and sorority? Similar reasons. We lie to protect our reputation, to cover up past incidents, to keep the illusion of a healthy organization intact, to create bonding opportunities (or so we say). The justification we create is much like any other lie; we are not in it for ourselves, we are looking out for the whole organization, for our brothers or sisters, for our institution. Potentially we lie because we have rewired our brain to make the lie our truth.

Can we move past lying and deception in fraternal organizations that were founded (and maintained) in secrecy?

BUILDING A CULTURE OF TRUTH

“Culture, it’s the way we do things around here.” – Brene Brown

Culture can be viewed as values, rituals, languages, ethos, DNA, but most importantly, culture should be viewed as the accepted and rejected behaviors of a group of people. While values, words, and ceremonies look good on an ancient manuscript, they do little to indicate the current culture of a group of people. Fraternity and sorority life is a perfect example; large and away, our ritual books do not show us an accurate picture of our organizations today. Though they could serve as a guide, a reminder of our values, and a foundation, we do little but recite them once a year.

As mentioned previously, honesty, integrity, truth, honor – these values are in alignment with our ritual (no matter your ritual). This presents us with an interesting dichotomy of being an organization founded in secrecy, that holds individual members to the values of honesty and integrity. Perhaps we haven’t recognized this tension and irony in our story, but we must use this to build the culture of truth we desperately need in fraternal organizations.

Integrity involves being honest, loyal, honoring and sticking true to your developed character. People of integrity refrain from lying, stealing, or cheating. People of integrity are viewed with respect, even honor. Fraternity and sorority members can become these people when they hold themselves to our pledges, to our rituals, to our values. And as leaders, we must do the work to remind them of what they committed themselves to.

Researchers found that if individuals were primed to think about their own personal morals or values, their behavior was tilted in a more honest direction. One study had a group of participants name the Ten Commandments, while the other group was asked to name 10 books they read in high school. Both groups were then put through a rewards activity, where lying was rewarded at a higher rate than honesty. Those who reviewed the Ten Commandments prior didn’t cheat at all, while those who recalled their 10 high school reads engaged in “widespread, moderate cheating” (Ariely, 2013).

What if as fraternity and sorority leaders, we did the work in engaging our members in these discussions and reminding them of their individual and collective values? Could we prime our members’ minds to meditate on honesty, leading to more honest behavior?

Example: I was working with a chapter following a judicial complaint that they had scared their new members in the dark sleeping dorms. Was it the craziest example of hazing I had seen from the fraternity community? No. However, when I asked the chapter to explain how this tied back to their new member program’s purpose – they could not articulate a reasonable response. When I asked them how the activity showed the new members what values they were expected to live by – no answer. No matter the activity, it should be able to point back to our chapter values. Going on an ice cream run at 10 pm on a Tuesday? Perhaps that points back to the value of loyalty, supporting a brother or sister even though you’d rather be doing homework. Finding a 5 am gym buddy in your new member class could exemplify the value of discipline.

The work of centering our chapters, members, and activities around values will take effort. It may involve reviewing your new member program or changing your brotherhood/sisterhood activities. Perhaps you take 10 minutes of chapter meeting time to discuss a value of your organization each week until all have been covered. Living a values-centered life takes work.

Please know that this work is not only yours to complete.

We have leaders at every level that should be instilling the value of honesty into our organizations, our members, and our leaders. This is why we have codes of conduct at the university and organizational level. This is why our chapters have informal and formal accountability processes. This is why we have advisors, housing corporation boards, fraternity and sorority life officers – all engaged in the work of developing environments that allow members to develop into people of integrity. If you need help, you just have to ask.

We all are responsible for creating a culture of truth – both within our organizations and ourselves.

So stand up against that which is false, live out what you say, and be virtuous in all areas, bringing honor to yourself as well as to the organization and the community at large.

Ariley, D. (2013). The honest truth about dishonesty: How we lie to everyone – especially ourselves.

John Hatfield is a national fraternity leadership psychologist creating culture change, a fraternity house director, a chapter advisor, a house corporation board member, a writer, and a speaker. He can be reached at Jrhfield@gmail.com.

Jordan Kocher is the Director of Fraternity and Sorority Life at Kansas State University. She currently serves as an ASTP facilitator, house corporation board member, and educational program volunteer for several fraternal organizations. She can be reached at fsldirectoratkstate@gmail.com.

HAVE YOU BEEN INVITED TO THE MASQUERADE

$10.00
Shop now
Have you been invited to the masquerade? Instilling honesty in veiled organizations was last modified: June 21st, 2021 by John R. Hatfield