“It takes 20 years to build a reputation and five minutes to ruin it.” – Warren Buffet

Sadly, fraternities’ reputations have become a liability for universities. Instead of being relevant and aligned with the university mission and academia, many chapters have become the haven for underage drinking, rampant drug use, hazing, discrimination, poor academics, and sexual misconduct.

A culture that accepts these bad behaviors has become normative, defines fraternity life, and attracts men who think these represent what it means to be in a fraternity. Obviously, men do not choose residential halls or off-campus housing for the purpose stated above. The current crisis of numerous fraternity deaths has caused university presidents to take a hard look at what benefits does fraternity culture offer. Additionally, repeated damaging incidents that have been occurring for decades only validate that the chapter, the national headquarters, and many fraternity/sorority life offices on campus are struggling to self govern.

These struggles and incidents have been under the radar for years and tolerated because of repeated promises to change and correct the culture. Self-governance, for most, has failed: obviously, whatever leadership strategy or paradigm embraced and implemented has been a disaster for years. New pedagogy and radical strategy in these arenas must be created if fraternity/sorority life is to survive. Current university culture and the society have had enough of fraternity broken promises, deception, secrets, and poor leadership and now demand an end to this dysfunction. The media is exposing the real culture that is happening in secret with its damaging consequences.

Thankfully, they are exposing our flaws and understandably holding us accountable for not living our values. No amount of goodwill from our civic service, leadership and character development, networking, student organizational involvement, and financial support to the university will help this narrative at this juncture in our identity crisis and legitimate purpose to exist.

Evolution is always occurring; the fittest will survive. Many fraternities are on a tailspin losing and closing chapters across the nation. When national teams come in and shut down their own chapter, it is good leadership. When a fraternity/sorority life office closes a chapter because of its dysfunction, they are advancing the community in the right way. They are setting a standard and keeping chapters responsible and accountable with consequences.

We know of chapters that were once vibrant, relevant, and now their doors are closed. They did not adapt to our new evolving culture. Many universities have finally had enough of our failed attempts to manage our chapters, our repeated broken promises, and have decided to lead by removing high risk, dysfunctional chapters. Sadly, many of the rogue chapters have defined us, and they are damaging our reputation and value for existence at institutions. When there is a death, rape, or hazing incident at a campus, the university brand has been tarnished. It costs the university financially, and it’s a media nightmare for them. No wonder university presidents have had enough.

As parents are becoming more involved in the fraternity selection process, they are asking insightful questions about academics, safety, philanthropic and civic service, live-in directors, alcohol-free housing, and cost. Universities are pushing for more transparency beyond just publishing grade point averages of all chapters. Thus, some fraternity/sorority life offices are not hiding who is on probation and publish this information on their websites. All parents and potential members have a right to this transparency. It also helps with responsibility and accountability with active chapters. Check out the webpages of Cal Poly, Purdue, and University of Indiana Fraternity and Sorority Life. Additionally, many fraternity/sorority life offices have started collecting, reporting, and publishing the number of service hours and donations received each semester. This is helping parents and potential members in the selection process and it is an example of us creating a positive narrative on why we are legitimate. The selection process for which fraternities will fail (or survive) is starting to happen. The chapters that survive will be the fittest.

“Culture … it’s the way we do things around here.”  – Brene Brown

What is culture and why must it be understood? Why is culture paramount in a successful chapter?

Culture is the values, norms, beliefs, decisions, languages, rituals, and most importantly the accepted and rejected behaviors of a group of people. Every culture has a DNA or ethos. When you walk into Starbucks can you identify the DNA? What about Chick-Fil-A or Google? The stronger the tribal smell, the clearer the distinctive ethos is and the attraction of those who believe in and like this cultural environment. Chapters whose decisions revolve around hazing, sex, drugs, and alcohol have a distinct cultural aroma; others who focus on academics, campus involvement, service, and responsible social events also have a distinct cultural aroma. We reproduce after our own kind.

So often the problem is with the currently accepted culture, not with the new members. You can recruit an excellent class of men with high GPA’s, but if they walk into a culture that doesn’t value academics, it can significantly change them. You can identify the cultural values of a fraternity by observing which people receive honor or respect by their peers, what behaviors house corporation boards, advisors, and active chapter members esteem, and what inappropriate behaviors are not tolerated with a members removal.

Does a sub-culture in the active chapter dominate decisions? During homecoming what is seen as the most important – devotion to study table hours or the parade float? When there is a weekly party on Wednesday whose voice is the most powerful on who is able to attend and who can’t? Is weed smoked on the property? How are women treated? Are hard drugs being used and sold on the property? Advisors who are regularly involved and have built trusting relationships should be in touch with these behaviors and can act as the gatekeeper for holding active members to be true to their commitments, chapter by-laws, honor code, and the affirmation of those who do and the removal of those who don’t.

Realistically, there will probably need to be a natural purge each year. Advisors and house corporation boards should be the voice of wisdom and offer mentorship through this process. However, some chapters lack this powerful voice. Many national fraternities are aware of this problem and have tried numerous solutions, but they haven’t come up with anything monumental to create change.

Who Leads Who and When?

The old paradigm of allowing the chapter to make every decision is dysfunctional. And it can allow for bad leadership and even failure. There are certain important strategic decisions that need to be made by those at the institutional and headquarters level. The non-negotiable policies and honor codes that protect our charters from being yanked at a university need to be understood by all. Throw in parent demands, coupled with anti-fraternity media coverage, and it’s obvious we still need top-down leadership to make good decisions and mentor our young fraternity members. House directors, advisors, and house corporation boards desperately need job descriptions and clear lines of who makes what decisions and why. The age of eighteen to twenty-two is highly developmental and research says it is delayed. These young members need mentor leaders who understand this dilemma and both challenge and support their thinking. Yes, active chapter members who wish for leadership development need to learn to make decisions and lead their chapters, but not every decision can be done on their own.

Fraternity/sorority life is in a fight for its very existence. Natural selection is in process. The fittest will survive. If a new reality does not emerge, we will all fail. We have lost trust with parents, university administration, and society at large.

We must create new leadership management paradigms. This will be painful and will take bold courageous leadership. Change is never easy, but key players must come to the table and rethink the status quo and boldly choose a completely new direction.

Returning to foundational values and the original purpose of existence is the starting point. Creating, maintaining, and sustaining a new accepted culture is the key. And a chapter review with eliminating bad behavior and then having a chapter retreat to reset has proven ineffective. It is a start, but it usually fails within a two-year period. Changing culture is so much more. We need culture experts.

We must think “counter-culture Greek” if we are to right the fraternity/sorority system and take back the culture that founded us. 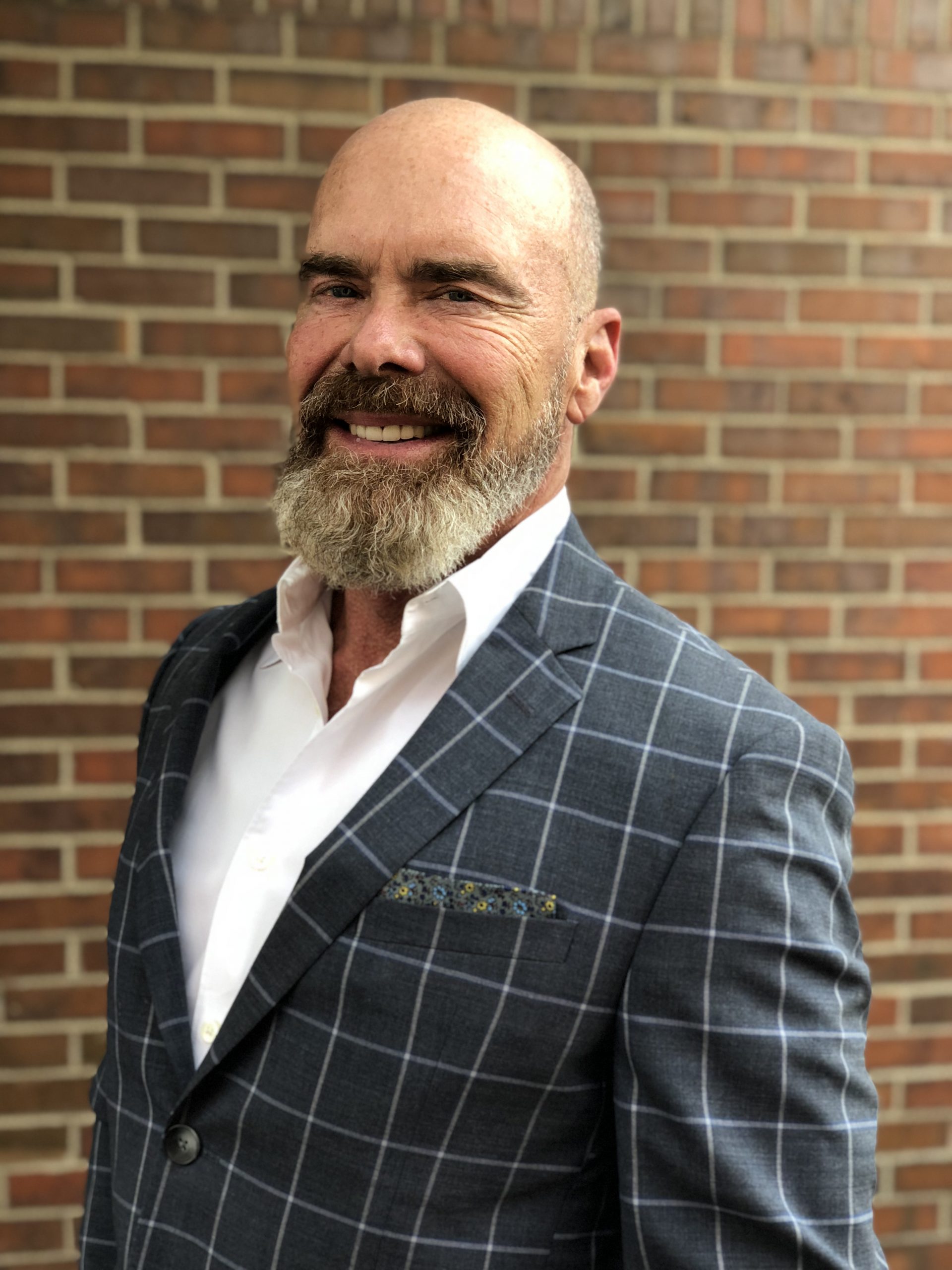 John Hatfield is a national fraternity leadership psychologist creating culture change, a fraternity house director, a chapter advisor, a house corps member, a writer, and a speaker, and he can be reached at Jrhfield@gmail.com.